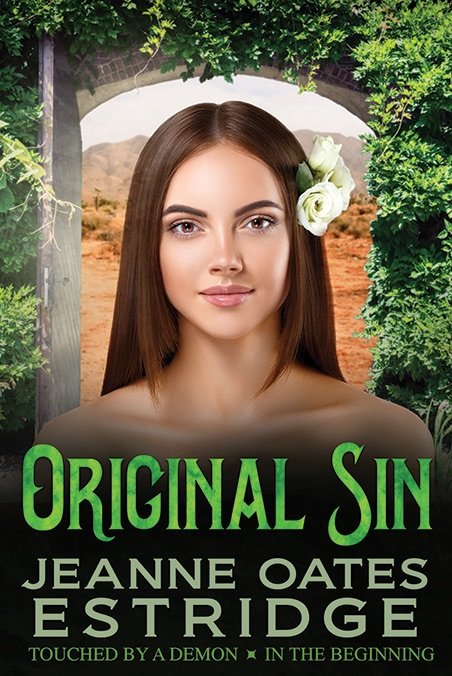 Part of the Touched By a Demon series:

Meet the founding member of the First Wives Club. Before Adam met Eve, he was married to Lilith.

What if the original sin wasn’t curiosity?

This short work, exclusive to subscribers to my newsletter, The Gehenna Gazette, tells Lilith’s origin story.

To receive your copy, sign up and I’ll send it immediately. If you’re already a subscriber, the link appears in each Gazette.

Inside the lush garden where the Creator had formed her, the first woman planted her hands on her hips and glared at her husband. “Why don’t I ever get to be on top?”

Adam’s brows knitted together as he pondered her question in his methodical way. When his brow finally cleared, he said, “The Creator gave me dominion over everything on earth. That includes you.”

Lilith’s jaw clenched. He had been making that argument since day one and now, six months later, she was tired of hearing it. “That makes no sense. He made me at the same time and from the same dust as you. We’re equals.”

But Adam’s attention span was already exhausted. “The Creator said be fruitful.” He reached for her. She darted away but his footsteps were right behind her; she made it only a few yards before he caught up and wrapped his beefy arms around her torso. The Creator, for reasons known only to him, had made her the smarter of the two, but he’d made Adam larger and faster.

Adam sank to the ground, pulling her down on top of him, into the long grass. The grass created a soft bed that smelled like sunshine and fresh earth. He nuzzled the side of her neck, and that was very enjoyable. After a few minutes, he rolled on top. What followed might have been pleasant except for the extra rib at the bottom of his chest that jabbed her with every thrust.

She stared at the sky while he went about his business. What, other than not being beneath him, at the mercy of that extra rib, would make this more pleasurable? Perhaps she should talk to Friend Snake again. He’d suggested having Adam kiss her before being fruitful. That had definitely helped.

Above her, Adam grunted one final time and collapsed on top of her, crushing the air from her lungs. She tried to shift him, but he’d already fallen asleep in that annoyingly effortless way he had.

She would definitely talk to Friend Snake.

Finalist, 2018 RWA® Golden Heart® award – The Demon’s in the Details